Football for persons having upper and lower extremity amputations

In 1980’s, one day an American amputee Don Bennett figured that he could kick a ball on crutches without his prosthesis when he kicked a basketball back to his son. It was the first kick of amputee football – since then, the sport has begun to spread as a part of rehabilitation program for disabled veterans.
In Japan, amputee football has a relatively short history. It has been introduced in 2008 and Japan Amputee Football Association has been established in 2009. Nevertheless the number of players was limited at the very beginning of the spread, the Japan national team made its debut at the 2010 World Cup in Argentina. There are currently 9 amputee football teams in Japan and the number of players has reached almost 100.
Persons having amputations, possessing a birth defect affecting a limb or a limb with no meaningful functions can have an easy access to amputee football that requires no special equipment and can be played with crutches on which they usually use for daily life and rehabilitations.

Team members
7
Game duration
50 minutes (two halves of 25 minutes each)
Pitch size
60m×40m (International standard)
Goal size
5m×2.15m
Classifications
None
Equipments
Field players (FP) use two crutches. The crutches are not a specially-designated equipment but an ordinary medical equipment called a lofstrand crutch. As crutches are regarded as player's hands/arms, handling the ball by crutches shall be deemed as a "handball" offence. Players kick the ball by swaying themselves like a pendulum while supporting their bodies with crutches.
Other rules
● FP use crutches to move, however, shall not use it to control the ball. If they deliberately touch it with crutches, it is a handball offence.
● FP are not allowed to kick the ball in a fallen posture.
● No goal areas.
● No offside rules.
● No limit for substitutions except for goalkeepers (GK).
● Kick-ins, not throw-ins
● GK are not allowed to move out of the penalty area on their side
Players
FP: Persons having lower extremity amputations or impairment of lower limbs GK: Persons having upper extremity amputations or impairment of upper limbs
View details 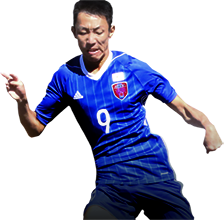 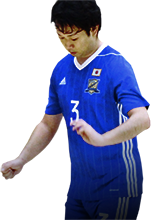 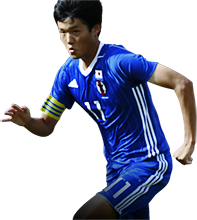 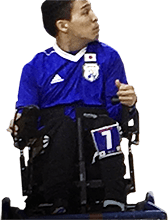 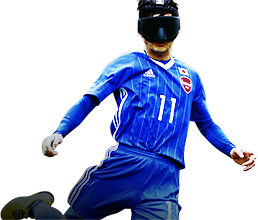 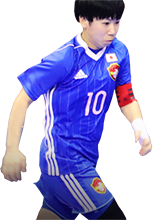